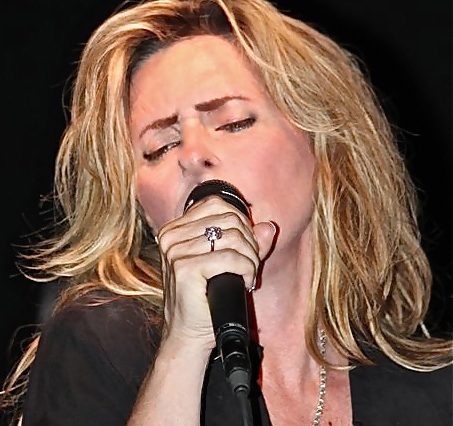 The two musicians known as The Dynamic Duo are in fact that very thing. Dynamic. When I sat down to listen to this pair, I was immediately taken by the ease they possess and deliver their performances with. The collective abilities as jazz guitarist and seasoned singer can’t be denied. There is no doubt they do this for a living. Corinne’s articulate style of improve and belting range as she trades 4’s with Ralf’s impeccable prowess technically, leaves you breathless. They both make their way through the jazz and soul repertoire like it was just another day. It’s seamless. One article called Ralf’s playing ‘as smooth as James’ Bond’. I think that reviewer nailed it. Do yourself a favour and watch them up close if you can. I was struck with the idea that, even in an intimate setting, these two had the capability of enough depth of expression to rock out if they wanted to at any moment they chose. But discretion reigned supreme and the uniqueness of this pair was simply unavoidable as you listened. They share something very special indeed. If you like Diana Krall and Larry Carlton with a mix of Susan Tedeschi and Derek Trucks, you’d be in the right place. Check them out. You won’t be disappointed.

Corinne Plomish has a list of credits that are as impressive as her outstanding voice, having worked with the likes of Bryan Adams, Dan Hill, The Beach Boys, Dwight Yoakam, Billy Preston and Daniel Lanois. She has performed on The Arsenio Hall Show and American Bandstand with Dick Clark as well as a Royal Command Performance for Prince Andrew and The Duchess of York.

Ralf Buschmeyer, a 2012 Hamilton Music Awards Jazz Instrumentalist of the Year winner for his accolade winning CD, Jazzspeak, has worked with heavyweights such as Chris Potter, Cassandra Wilson and Sean Jones. He is currently the guitarist for the Calgary Philharmonic Orchestra’s pop series and has The Little Prince, Newsies and Next To Normal as additional credits, having performed with these theatre productions.

Both of these artists, The Dynamic Duo, are jazz educators in the city. Corinne is on faculty at Mount Royal University teaching Contemporary and Jazz Voice and Ralf teaches for the jazz guitar faculties at both Grant MacEwan University and Ambrose University.