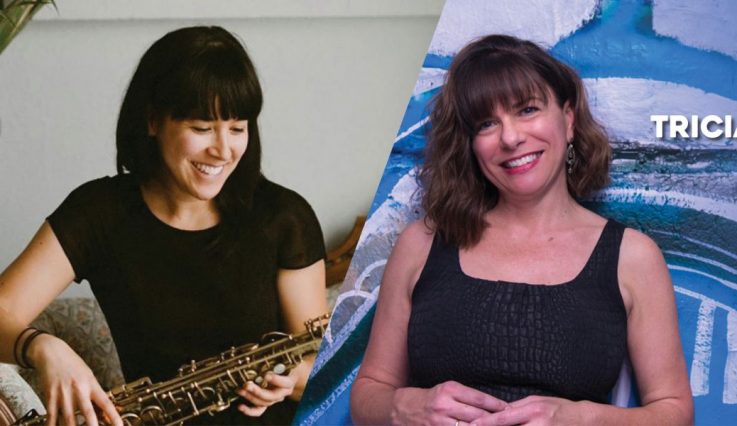 Tricia Edwards’ musical journey has taken many diverse paths. She earned both Bachelor’s and Master’s degrees in piano performance from the University of Alberta, with summer studies at the Banff Centre and Mozarteum in Salzburg, Austria. During this time she was a national finalist in the Canadian Music Competition and performed with the University of Alberta Symphony Orchestra and the Vienna Sinfonietta.

Her sophomore recording “Intaglios”, released January 2018, sought to blend her three musical passions for classical, jazz and latin genres and met with a great reception, including charting on the National Earshot jazz charts for the weeks of March 13 and May 15 2018. “Intaglios” was also awarded a Gold Medal for album and composition in September 2018 from the Global Music Awards and won MusicYYC’s Best Jazz Recording of the Year for 2018.

Juno-award winning Jazz Saxophonist, Composer and Arranger, Allison Au (pronounced “ow”) refuses to be defined. Born to a Chinese father and Jewish mother, and raised in the multicultural metropolis of Toronto, Allison found music as a young child. Exposed to a wide array of musical styles, she was captivated by the unhinged freedom of Jazz. Jazz became Allison’s lab for self-expression, exploration, and musical experimentation. Her work weaves a mosaic of influences into a seamless and soulful sound, a concoction steeped in the tradition of Jazz but skillfully laced with elements of Classical, Pop, R&B/hip hop, Latin, and world music.