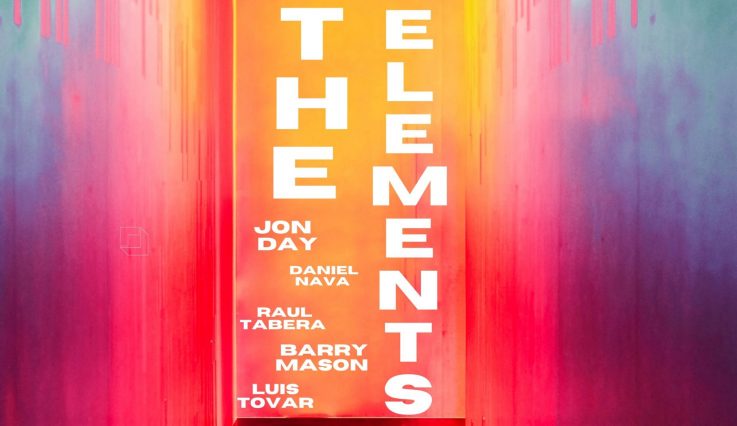 The Elements is a new collective of Calgary-based musicians inspired by their shared appreciation of the “elements” and roots of jazz and Afro Caribbean music. We explore music of our homelands of Venezuela, Cuba, and Canada. This collaboration has created a combo infused with lots of spirit and exciting rhythms.

The Elements will perform covers and original Latin jazz and world music full of energy, with a twist!

Our repertoire includes influences from the cultures of North and South America and the Caribbean, with styles such as rumba, Venezuelan merengue and many more.

Barry Mason is a local musician and music educator who has been active in the Canadian music scene for over 10 years as band leader of Sweet Barry Wine as well as being a contributing and supporting member of over 20 other groups in the Canadian scene. He is an avid festival performer, having played multiple festivals throughout Canada. He was recently recognized by the Calgary Herald as one of the “Most Compelling Calgarians” and has participated as a clinician and speaker at TEDx Calgary. After hours, you can likely hear Barry’s laugh at a plethora of live music venues around the city. Seriously, you’ll recognize it.

Jon Day is a multi-instrumentalist, composer, arranger, musical director, and educator. Over a career spanning 30 years, Jon has the privilege of sharing the stage with an extensive list of international and local artist.

Venezuelan born Luis ‘El Pana’ Tovar has developed a reputation for his outstanding percussion skills. Since his arrival in Alberta, Canada 16 years ago, he has been making his mark on the Western Canadian music scene. He has been mastering his craft on world percussion instruments since he was only 8 years old leading to his current professional career of 25 years.

He is the leader and creative mind behind the number one salsa band in the area, ‘Distrito Salsa.’ Regardless of the musical genre and musical collaborators, Luis Tovar brings a unique blend of energy and positive dynamic to the stage or recording studio using his Venezuelan / Afro-Caribbean roots to immediately contribute to any project..

Daniel Nava is a bass player, composer, producer, arranger and songwriter from Venezuela. With more than 15 years in the music industry in Latin America, Europe and USA. Currently based in Calgary, where he has stablished his studio and now works with several artist locally and internationally. Daniel received his education at El Sistema, University of Zulia, and the Conservatory of Lausanne.

A native of Matanzas, Cuba, Raul Gomez Tabera is a percussionist and drummer now based out of Calgary, Alberta. In Cuba, he began his artistic career at the age of 8 years old playing in various companies and groups as well as completing his classical music training at the National Art School of Cuba.  He performed with the Matanzas Symphony Orchestra and worked as a professor in the Matanzas School of Music. In 2005, he was invited by Decidedly Jazz Danceworks to play on the cross-Canada Cuban jazz experiment Bulla! as a guest artist with Alberta-based Bomba. Raul is now a sought-after performer, teacher and accompanist across Canada. He is regularly invited to perform of a wide variety of styles namely Latin, Jazz, and Funk, as well as African, Blues and Folk. Raul is frequently engaged as accompanist for dance classes around Calgary, including The School of Decidedly Jazz and the University of Calgary, for contemporary, Jazz, West African and Afro Cuban.

This collective launched after creative conversations between Luis and Raul regarding the possibilities of exploring new combinations of sounds, using traditional Afro Caribbean roots fusioned with jazz.