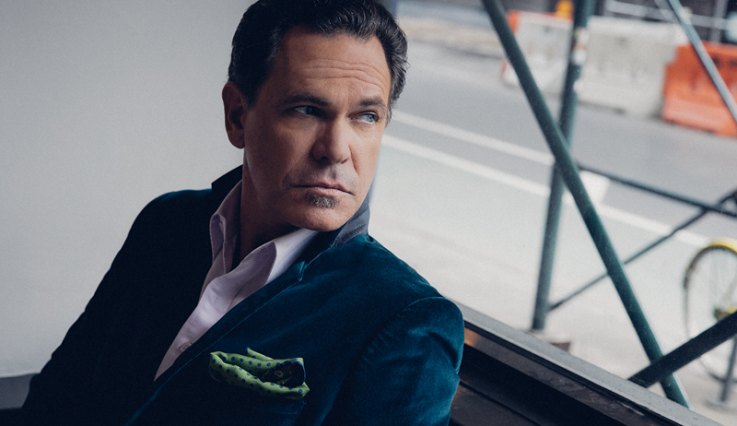 Referred to as “the standout male jazz vocalist of our time” by The New York Times and “a kind of Sinatra with superpowers,” by The Guardian, double GRAMMY Award-winning Kurt Elling is one of the world’s most prominent jazz vocalists with his theatrical performance style, rich baritone, and four-octave range. Renowned for his singular combination of robust swing and poetic insight, Elling has won three Prix du Jazz Vocal (France), two German Echo Awards, two Dutch Edison Awards, and has been nominated for a GRAMMY award fifteen times.

Joining Kurt Elling on stage, Charlie Hunter is widely considered the authority on the seven- and eight-string guitar and a renowned improvisor, ready to masterfully enchant with a melody or explode into a dynamic bass solo or swinging rhythm. Kurt Elling’s new collaboration with Charlie Hunter and the future groove band Butcher Brown, SuperBlue, serves up a torrent of indelible beats, roisterous funk, and unforgettable new lyrics.

Join Arts Commons Presents and the TD Jazz series as these two music masters match their skills on stage for an evening of pure jazz excellence in SuperBlue: Kurt Elling featuring Charlie Hunter.