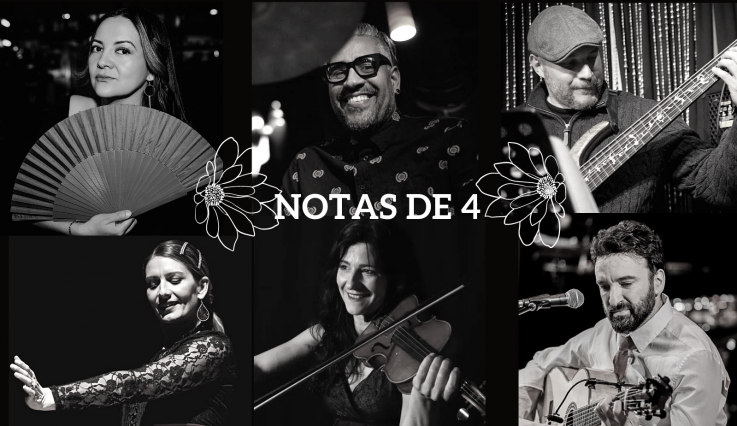 Notas de 4 is Award Winning Calgary’s original Latin Folk & Jazz ensemble. Winner of Global Artist of the year in 2020 and nominated in 2021 & 2022 for WCMA as Global artist of the year.

Their performance has been described as Intense, edgy and dreamy; a reimagination of Latin music composed in a uniquely Canadian landscape. The group consisting of the city’s top world musicians deliver very personal and powerful performances fueled by traditional pieces from across Latin America.

The lastest album released “Rosas y Lirios” (Roses & Lilies) was the winner YYCMusic Awards and also nominated to WCMA as best global project of the year.

Food is available and you can see a menu here: https://www.theatticyyc.ca/