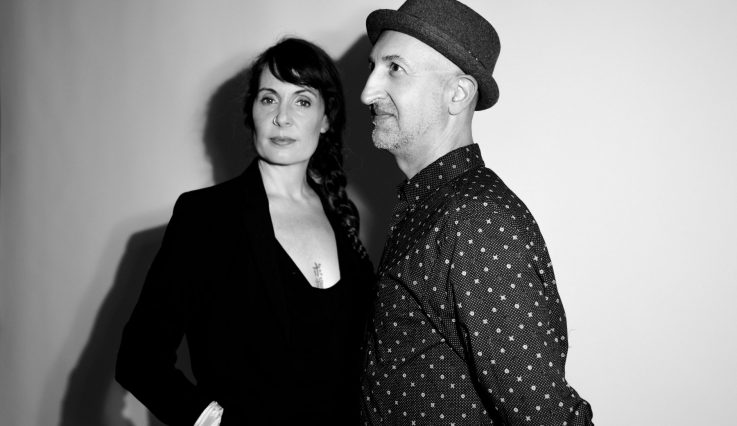 “The first advance track is a cover of William Bell’s “Any Other Way,” which was made famous in the ’60s by Toronto’s trailblazing soul singer Jackie Shane. On their cover, Shepherd and Occhipinti retain the song’s soulful leanings, adding touches of country and jazz. Shepherd’s voice is as clear as a bell, and especially soothing as she dips low in her range to intone the titular “any other way” at the end of each chorus. Occhipinti takes an expansive solo that makes us pine for the days when many songs included them.” CBC MUSIC

With a collaborative spirit that makes for silky recordings and effortless fun, ES:MO truly sounds like they’ve been playing together for years. “Any Other Way” slides and burns bright in its great guitar lines and vocals, but it’s the finesse of the drums that somehow comes through the best on this amazing track. The harmonies that open “Visions” are truly mystifying, but the instant funk they get once the whole band is in really makes for a song that will get you snaking your own body along to the sound.

There’s a more overpowering instrumental approach to “The Weight of Hope” that feels otherworldly, truly spacing out the record and showing the more experimental and narrative qualities both artists possess as well. The layered instrumentation of “Lord of the Starfields” really compliments each other in the echo, as guitars and piano become one in its galactic wonder.

After years of touring together, decorated Canadian artists Elizabeth Shepherd and Michael Occhipinti have teamed up to create ES:MO – a musical duo focused on genreless creativity and exploration. Their album The Weight of Hope has just been nominated for Canada’s JUNO Award for Vocal Jazz Album of The Year! With extensive musical backgrounds, international acclaim, and a lengthy list of prestigious awards and nominations, namely, their combined fifteen Juno nominations, both artists have had successful, independent careers before embarking on their new venture.

Elizabeth, a multi-dimensional vocalist/pianist, has twice been long-listed for the Polaris Prize and has performed at the Hollywood Bowl and Auditorium Parco della Musica. Michael, a versatile, creative guitarist, has performed with jazz legends such as Don Byron and Sam Rivers, headlined festivals such as Umbria Jazz Winter and Festival Cultural Zacatecas, and performed with artists such as Bruce Cockburn, DVSN, and the Barenaked Ladies. Having now teamed up to create an album of re- imagined musical works and atmospheric, compelling original music. The Weight of Hope is out on all major streaming services now!