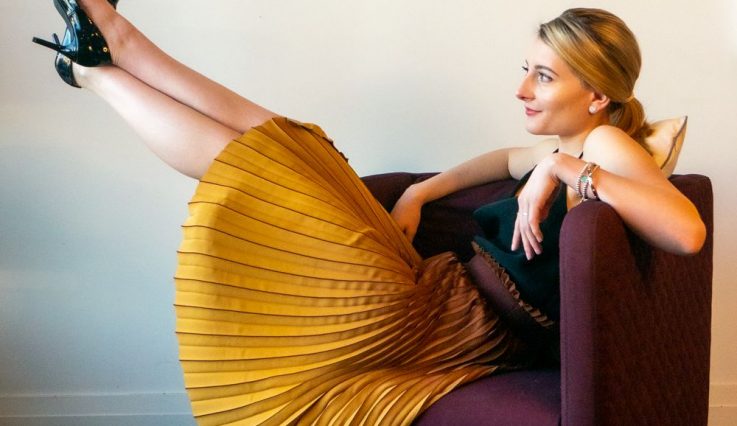 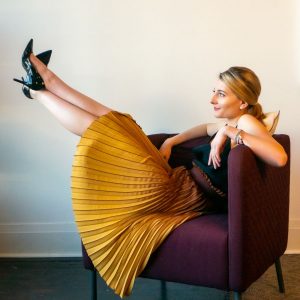 Caity Gyorgy (pronounced like George) is a Toronto and Montreal-based vocalist who is known for singing bebop and swing music. Being called one of JazzFM91’s 8 Canadian Women in Jazz You Need to Know, Caity performs regularly across Canada. She has performed at many festivals and venues including The Toronto Jazz Festival, The JazzYYC Summer Festival, The Brampton Jazz Festival, The Medicine Hat Jazz Festival, and the Jazz Bistro.  Caity has also worked and recorded with many luminaries in the Canadian jazz scene including Allison Au, Pat LaBarbera, Jocelyn Gould, and Christine Jensen.

In addition to performing, Caity runs an Instagram account entitled “@Liftaday” where she has gained global recognition from her transcription videos that are viewed daily by thousands of people. She has posted over 180 videos since 2018.

Caity plays most frequently with her group the “Caity Gyorgy Quartet”. With this group, she plays hip arrangements of standards and original music. Caity composes music that sounds like the jazz repertoire of the 50s and 60s. Her arrangements and compositions often feature her own vocal improvisation, which is one of her defining skills. She has released one EP, several singles, and released her debut album “No Bounds”, which features guitarist Jocelyn Gould on January 22nd, 2021. She is releasing an EP of original music arranged for a large ensemble under Brooklyn based label La Reserve on July 9th, 2021. 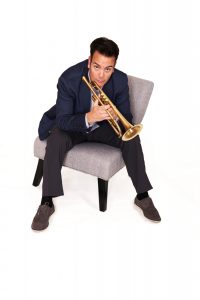 Johnny is a multifaceted musician as a vocalist, trumpeter, arranger & composer. He has worked and performed with a number of award-winning artists including Ellis Marsalis, Tommy Banks, Patrick Stewart, the Temptations, Franki Valli, and Maria Schneider.  As a recording artist Johnny has toured Internationally, is the director of the Calgary Jazz Orchestra, and is the recipient of 13 Global Music Awards, two Gospel Music Awards, and numerous nominations. His 7th studio album Baker’s Dozen: Celebrating Chet Baker has just been released on Cellar Music debuting in the US at #25 on the Jazz charts and has won three Global Music Awards for best instrumentalist, best album, and best group.

JazzYYC recently launched its first online 50/50 fundraiser & things are heatin’ up! Get your tickets now for a chance to win!

Funds raised by this raffle will support our many outreach and education initiatives including one of the key programs, the JazzYYC Youth Lab Band which showcases many of the best young jazz musicians in Calgary.

The winner will be contacted to claim their prize. Thanks for your support!