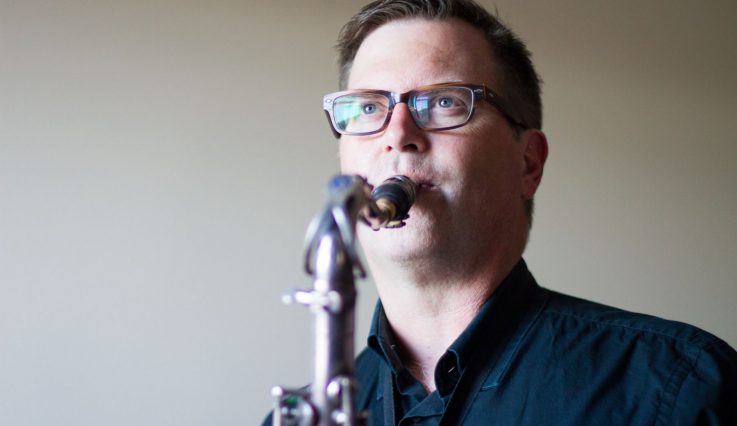 The Jim Brenan Quintet, comprised of Jim Brenan (tenor and soprano saxophones), Jon Wielebnowski (Bass), Afo Afolabi (Drums), Mark Limacher (piano) and Eric Weiden (Trumpet), creates an inclusive acoustic sound inspired by the auditory landscapes of current jazz yet grounded in the traditions of hard bop and creative improvisation. This new Quintet will feature all of the players as they weave through updated standards and original compositions.

Alberta native Jim Brenan has established himself as a top-notch performer and educator in the North American jazz community. With degrees from St. Francis Xavier University and Rutgers University, Jim has taught in New Zealand at the University of Auckland and is now the Chair of the Department of Theatre, Speech and Music Performance at Mount Royal University.

Brenan has released several CDs including “The Spectre” which received rave reviews and “The Throw Down” with the Brenan Brothers (co-led by his twin brother Craig) which also featured Geoffrey Keezer, Ralph Bowen, Dana Hall, Terrell Stafford and Rubim de Toledo. It has been nominated for Jazz Album of the Year at the Western Canadian Music Awards and received a 4 star rating from Downbeat magazine. A 2014 Western Canadian Music Award winner for his album January, Jim has recently released his album 50/50 featuring a band comprised of musicians from Calgary and Edmonton.

Kenny Barron describes Jim Brenan as “a thoroughly modern tenor saxophonist with a deep understanding of jazz tradition. He plays with an intense maturity rare in musicians of his age”.

JazzYYC recently launched its first online 50/50 fundraiser & things are heatin’ up! Get your tickets now for a chance to win!

Funds raised by this raffle will support our many outreach and education initiatives including one of the key programs, the JazzYYC Youth Lab Band which showcases many of the best young jazz musicians in Calgary.

The winner will be contacted to claim their prize. Thanks for your support!