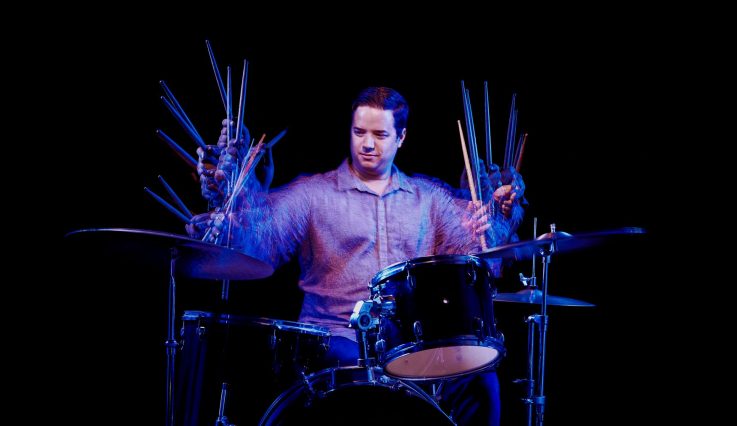 Drummer Ernesto Cervini is making a name for himself as a consummate bandleader and in-demand sideman. Time Out New York encapsulated Cervini as “a buoyant drummer as well as a sharp composer,” while the jazz bible, Downbeat, described his fluid style as one that “exemplifies `float like a butterfly, sting like a bee’.” The drummer released Abundance, his sixth album as a leader in October, 2018.  Modern Drummer magazine said: “Cervini recalls such old-schoolers as Art Blakey and Billy Higgins. . . It’s his robust, magnetic personality that fascinates consistently.”

Born in Toronto in 1982, Cervini graduated from Canada’s Royal Conservatory of Music with degrees in classical piano and clarinet performance before focusing his energies behind the drum kit. After graduating with a bachelor’s degree from the University of Toronto and a master’s degree from the Manhattan School of Music, Cervini laid claim to a diverse musicianship that has taken him to some of the hippest, most prestigious stages across the globe.  Along with Abundance (Anzic Records), Cervini has released 2 previous sextet albums (JUNO-nominated Rev in 2017 and the eponymous Turboprop in 2015) and three quartet albums; There (Anzic Records), Little Black Bird (Orange Grove, 2009) and Here (self-released, 2006).   Cervini is thrilled to be releasing the debut album for Tetrahedron with special guest guitarist Nir Felder on ANZIC Records in March of 2020.

In Tetrahedron, Cervini takes a markedly modern approach to his music. The music of Tetrahedron is funky and forward-thinking, featuring 3 of Canada’s top improvisers and special guest, guitar phenom Nir Felder.  The group plays originals as well as rearranged standards in an engaging, toe-tapping, highly entertaining way which has been described as “brilliant” and “masterful”.  It’s a groovy, energetic trip!

Cervini also co-leads the Juno-nominated trio Myriad3, with pianist Chris Donnelly and bassist Dan Fortin as well as TuneTown with Kelly Jefferson and Artie Roth. As a sideman, Cervini’s studio experience includes JUNO-nominated albums with the Tara Davidson Quintet and Carn Davidson Nine, a recent date as a member of the Joel Frahm Trio, and many others. Cervini began his work as a publicist by launching Orange Grove Publicity in 2014 and has quickly become one of the most sought after jazz publicists in Canada.